Now the cell modules have been removed from their original home, it’s time to get them repurposed! A custom mounting board has been constructed from timber, and the modules mounted on them. To say this assembly is heavy would be an understatement – it’s barely a two-man lift!
As assembled in the car, the pack as 96S1P, with every cell in series. As we need a low voltage bus, the modules have been reconfigured for 4S4P, in total this makes 4S24P with all 6 modules bussed together. As the cell interconnects are laser welded, some ingenuity was required here.
It turned out the best method (and the safest, to avoid any swarf shorting out cells!), was to use a grinder to cut off the top of the loop on the aluminium interconnects, separating them.

12 5-way bus bars have been installed on the board, and 25mm² cable links them together. To get the angry pixies from the cell modules, 8mm² flexible silicone cable has been used, 4 links to a bus bar. This setup should provide more than enough current capacity.

Here can be seen the cell interconnects – and the grinder cuts to separate them where required to break the module up into 4S strings. As the interconnects are Aluminium, special solder was required to get the copper cables soldered down, in my case I used Alusol 45D solder, which contains a very active flux capable of stripping the oxide from the Aluminium.

Finally, here is the new pack, all connected together. All that needs to be done now is the balance wiring loom, which will allow the BMS to sense each cell voltage individually, and connection of the BMS, Coloumeter & fuses, this will all be covered in a future post! 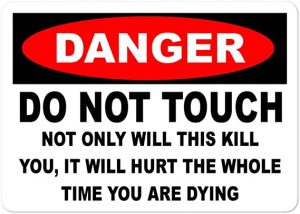 Since I do a lot of camping, and several festivals per year (when there isn’t a pandemic on!), I identified the need for a proper fridge that can be powered from my solar setup. Such fridges & coolers already exist, that run from either mains AC, 12/24v DC, and some of them (absorption cycle) will run from bottled gas.

The last option is out, as they’re hideously inefficient, and this would require the carrying around of a flammable gas source. Ready-made units using the vapour-compression method used in all domestic & industrial refrigeration, but they are very expensive. For an upright fridge type unit that could store enough to feed a family of 4, I was looking at over £550+VAT. A cheaper option was definitely required.

Since I already have a couple of spare Danfoss BD35 DC refrigeration compressors, I decided to grab a cheap domestic mini-fridge, and perform a compressor-ectomy to make the unit operable on a low voltage supply.

Here’s the fridge I obtained from one of the many suppliers of domestic kit, this is a Russel Hobbs branded mini-fridge.

I was careful to select a unit with no Aluminium pipework – the stuff is damn near impossible to join onto with soldering. Brazing is impossible due to the temperatures involved. These units have copper & steel in their circuit, so this will be easy. Factory charge is 16g of R600a (Isobutane). This one isn’t even going to make it to the point of being plugged in before modification!

I evacuated the factory charge, and removed the original compressor. To avoid having to disturb the capillary tube, I ensured the system was in continual nitrogen purge to keep moisture out – this meant I could retain the factory filter-drier. The condenser in this fridge is skin-type, on both sides of the outer shell, and formed from steel tube. This connection required the use of silver braze to connect to the compressor.
The suction line from the evaporator is copper, so that’s an easy braze onto an extension to the compressor.

Once the new compressor was brazed into place, a full leak & pressure strength test is performed. I’m using isolation valves on the charging hoses here – they’re quite nifty. Backseat them all the way & the charging hose is isolated from the system. Front seat all the way & the hose valve is opened, and the Schrader valve core is depressed in the service port. They really cut losses when charging systems with Schraders!

Next step is applying a vacuum to the system. I aimed for a final vacuum of 250 microns. This by far takes the longest amount of time in a refrigeration job. For reliability & longevity of the system, it’s imperative that all contaminants such as water vapour & air are removed from the circuit.

The final step is a refrigerant charge. Since I’m not at all fond of flammable refrigerants in this use case (camping), I broke out the bottle of R-134a. This isn’t ideal, as the capillary tube will be sized for the original charge of R600a, but the effect on efficiency shouldn’t be too terrible. (There will be a drop in COP, but I haven’t yet measured the actual COP of the re-engineered system). Unfortunately, as this uses a plate evaporator with a built in capillary tube, there’s no way to resize this for another gas. The capillary tube is fed down the centre of the suction line in these systems, to increase efficiency of the cycle.

A few minutes after an initial charge of 45g R-134a, there’s frost on the plate evaporator! Since this is a gas change as well as the compressor, there’s no other way than to charge slowly, and wait for the system to stabilize at temperature. Then gas is added until there’s an even frost all over the evaporator surface. I would have measured the charge by suction line superheat, but I have no idea of the original system specifications.

In this case, when running the cabinet down to the minimum temperature possible, a slight overcharge became evident. Releasing a small amount of the refrigerant back into the charging bottle sorted this out.

I may yet make another modification to this unit, to remove the skin-condenser from the circuit. While cheap, and difficult to damage as they’re buried behind the outer case metal, they’re not very efficient. I have some small fan-cooled condenser coils that will probably end up in the back next to the compressor to improve efficiency. This will also take some of the heat load off the cabinet insulation, as there won’t be a coil of hot refrigerant next to it.

0
Categories: Personal Project, Refrigeration
Tip Jar
If you’ve found my content useful, please consider making a donation via the link below!
All collected funds go towards new content & the costs of keeping the servers online.